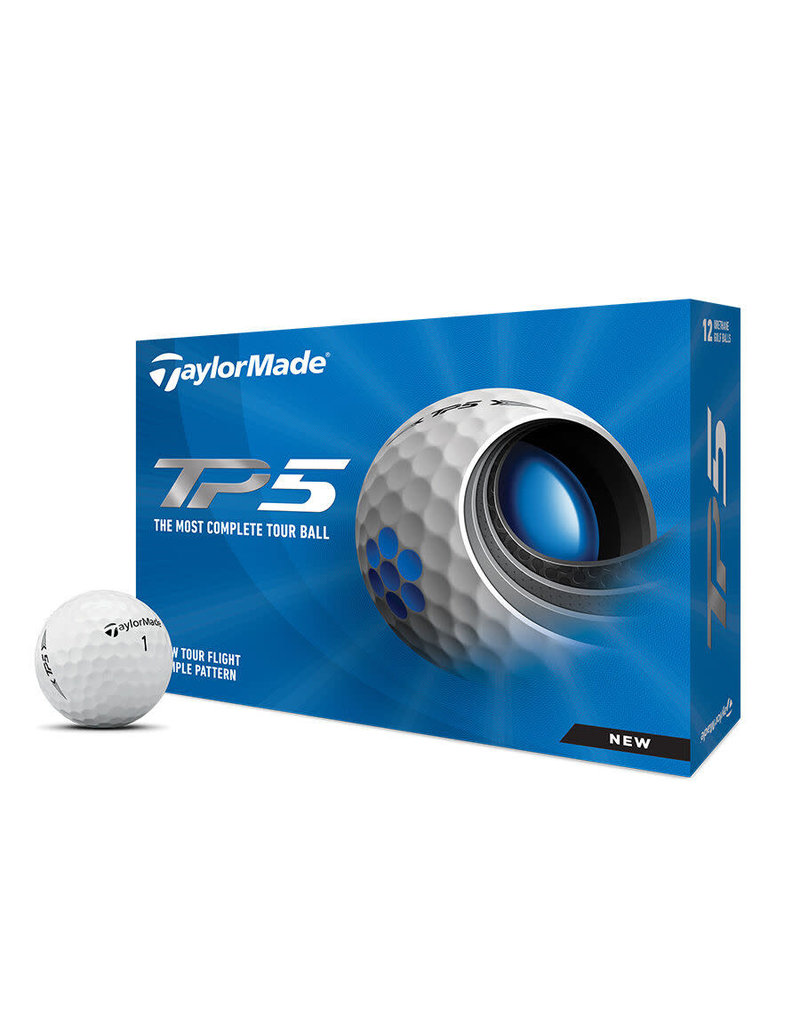 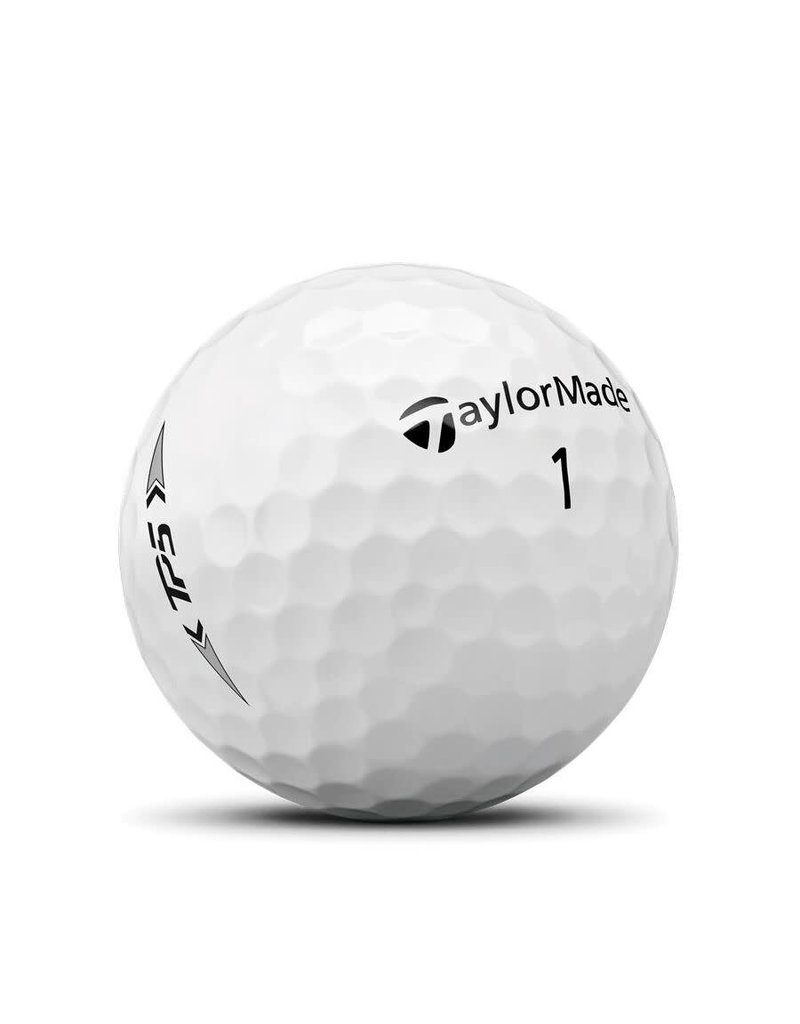 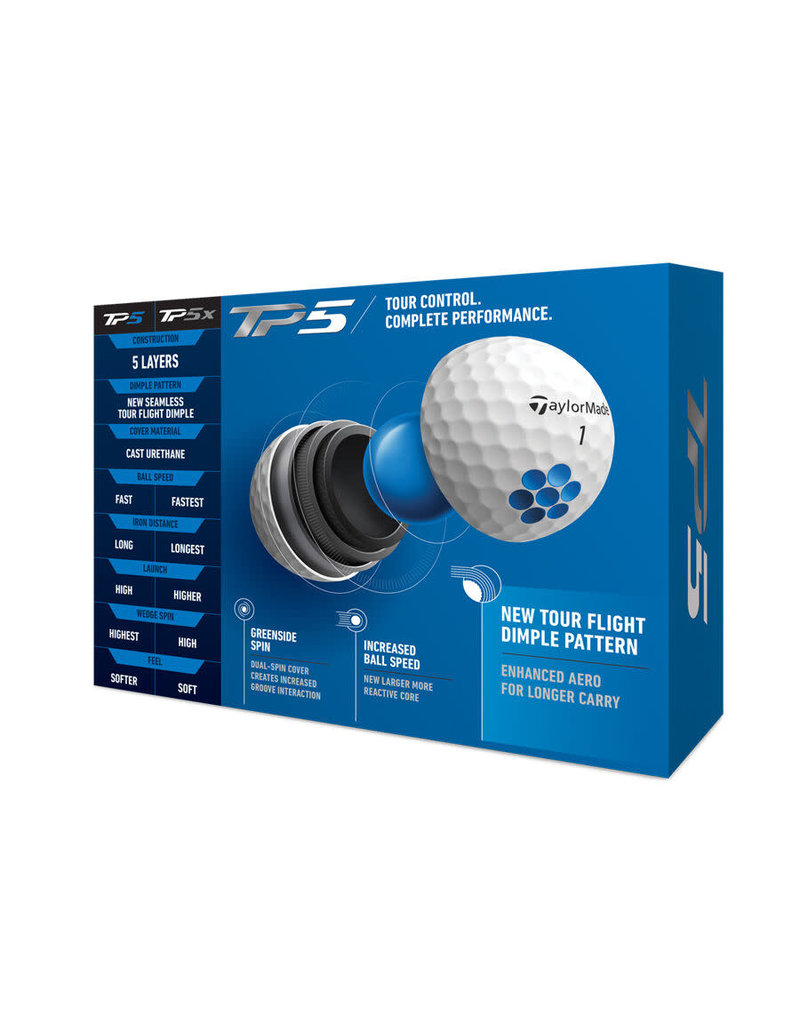 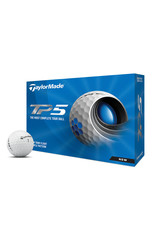 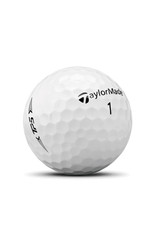 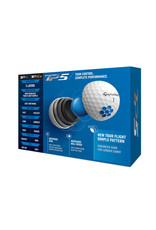 The new TaylorMade TP5 Golf Balls feature a Tour Flight Dimple Pattern with shallower dimples that reduce drag during ascent, and steeper dimples that maintain lift during descent.  By reducing resistance while the ball travels to its apex, and maintaining elevation as it falls to its target, the new TP5's improved aerodynamics vastly improve carry distances in comparison to the previous model.

Another significant upgrade is the TP5's new, larger, more reactive core.  Reacting like a compressed spring, the core's intuitive design stores and subsequently releases energy, causing the ball to explode off the face for blistering speed.

After the core has been fully compressed, a series of four increasingly stiff layers improve energy transfer from the core to the cover.  Known as the HFM Speed Layer System, this crucial component ensures that none of your club head speed goes to waste.

Add your review
0 stars based on 0 reviews